This Sovereign Guitar was picked up out in Warburton in Victoria. Must have been sitting unused for the best part of 50 years. These guitars were imported into Australia by Sutton's music. The story of Sutton's goes back to 1854 in the Victorian Goldfields. Richard Henry Sutton was a Miner in Ballarat and by night he used to perform on a home made concertina at his tent. People would gather round and watch and this quickly became a nightly event. After much persuasion from his wife and friends he bought a bunch of musical instruments from Melbourne. They were bought to the goldfields from Melbourne on a horse drawn dray ( a dray is a cart or wagon with no sides usually for carrying beer barrels and other heavy loads). He sold the lot within in three days and quickly realized there was a big market for them. He then bought land on Plank Road and built a music warehouse of brick and wood with a plate glass window. Plank road was so named because it was built with wooden planks. Plank road became main road in 1868.

Richard Henry Sutton died in 1876 and the prospering business was then run by his wife and sons, with 19-year-old Alfred as manager; Alfred opened a music store in Elizabeth Street, Melbourne, in 1884 and the firm became Sutton Bros. In 1894 the four brothers formed a private company, Suttons Pty Ltd. They imported various piano's and musical instruments. We have had several instruments bearing the Sutton's label but until recently had no idea of the history that lied beneath. Full history of the family available at Sutton Henry Family history 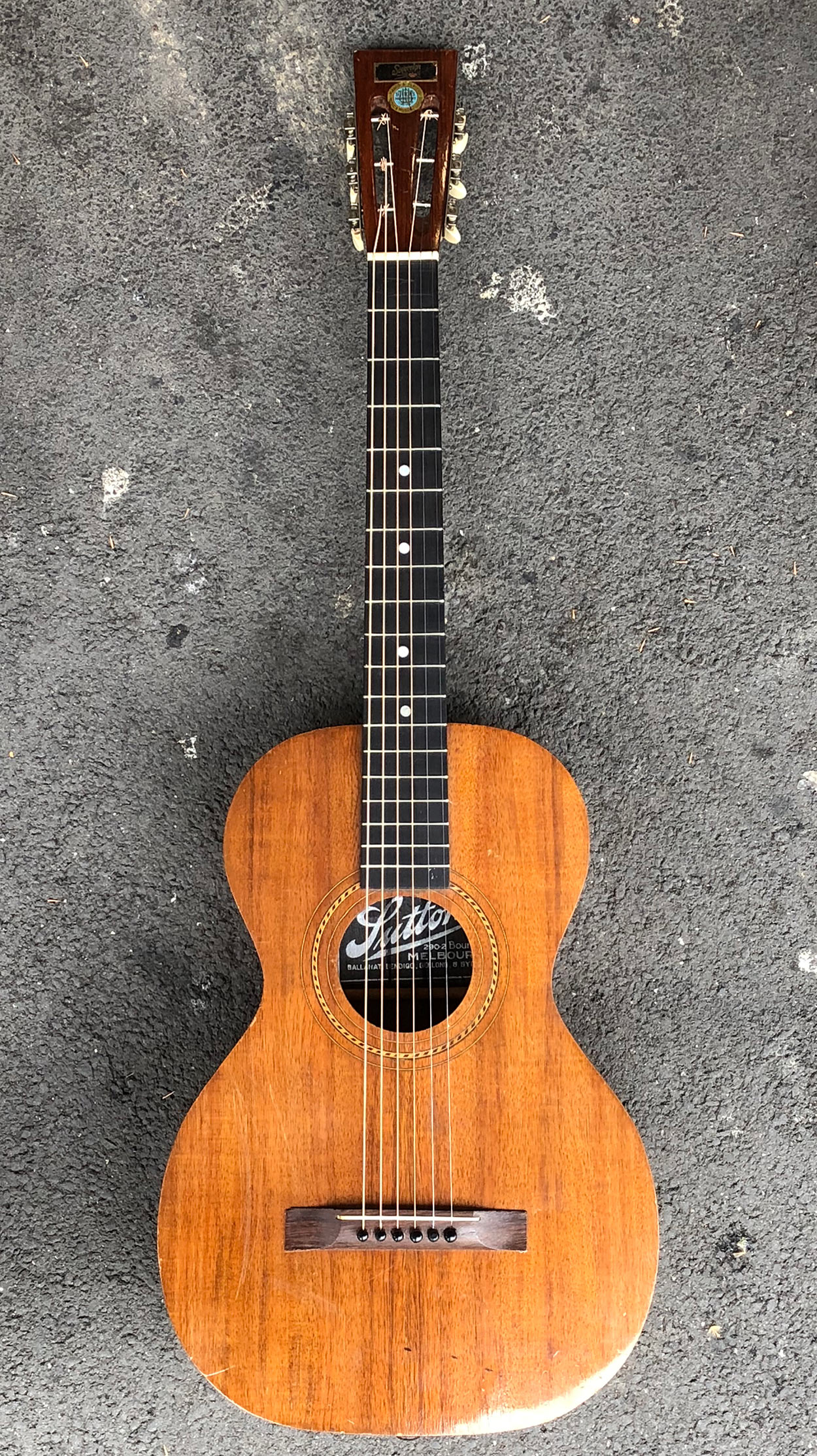