The Drum is a member of the percussion group of music instruments, technically classified as the membranous. Drums consist of at least one membrane, called a drumhead or drum skin, that is stretched over a shell and struck, either directly with the player hands, or with a drumstick, to produce sound. Other techniques have been used to cause drums to make sound, such as the Thumb roll. Drums are the world oldest and most ubiquitous musical instruments, and the basic design has remained virtually unchanged for thousands of years. Most drums are considered untuned instruments however many modern musicians are beginning to tune drums to songs; Terry Bozzio has constructed a kit using diatonic and chromatically tuned drums. A few types of drums such as timpani are always tuned to a certain pitch. Often, several drums are arranged together to create a drum kit.

All lessons are $30 for half an hour.

Or fill out the lesson enquiry form below. 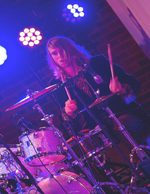 Mark began playing drums at the age of 13. Throughout high school his connection to music continued to grow as he played in several local bands and had the opportunity to perform small regional tours and a performance at the Melbourne Jazz Festival at the age of 16. IN 2012 Mark then studied a Bachelor Degree in music performance at The Australian College of the Arts, or more well know as Collarts, in which was completed in April of 2014. Mark is an in demand session musician in Melbourne, regularly performing at various venues each week and as a sideman has toured Australia on multiple occasions with some of the countries best young acts. Mark is equipped to teach you all contemporary music styles on the drum-set, and also has an extensive knowledge of World music styles in many different percussion instruments. He has been teaching since the age of 18. 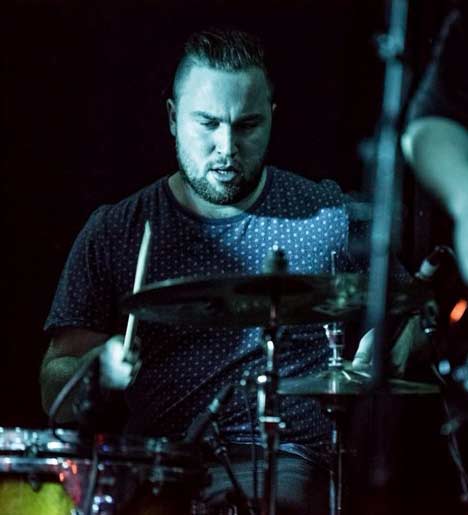 Ben
A bit about my teaching method:
- My philosophy with teaching is that I think of what the student is thinking at his/her age and how I would have been thinking at the exact same age
- I generally start by teaching the fundamental basics of the instrument (drums) and look at how to improve both posture and hand technique while holding drumsticks
- Some basics include having a basic knowledge of the three main rudiments (single strokes, double strokes and paradiddles). These are essential in both fills and grooves
- I have introduced to my students a ‘band of the week’
- I show them two songs from a certain artist every week
- Over the course of the students learning their instrument, I hope to show them music from all different sorts of genres
- I ask students to listen to given songs during the week and to come back and tell me what they liked and disliked about the song as well as liked and disliked about the drumming
- I feel that if students want to pursue music professionally after high school, they will encounter all sorts of different genres and/or be asked to play different sorts of genres at gigs
- Introducing different artists and genres early can broaden student knowledge styles they’ve may have never heard before
- If a student really likes a song of a certain style and wants to learn it, that’s a bonus
- Students are being introduced to different styles. Anything from rock and metal, to reggae or jazz, funk and latin
- All songs shown to students are also non-explicit in terms of the language being used

CHECK OUT OUR RANGE OF DRUM KITS