Make 4 interest-free payments of fortnightly with 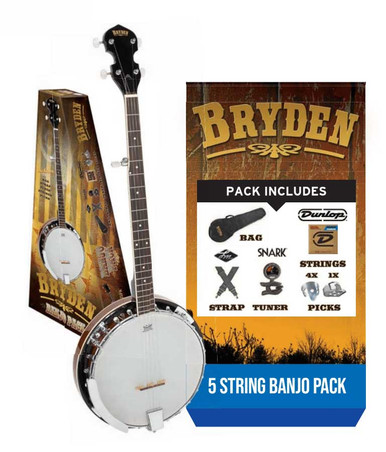 The banjo is a four, five, or six stringed instrument with a thin membrane, stretched over a frame or cavity to form a resonator. The membrane is typically circular, and usually made of plastic, or occasionally animal skin. Early forms of the instrument were fashioned by African Americans in the United States, adapted from African instruments of similar design. The banjo is frequently associated with folk and country music. Banjo can also be used in some rock songs. Many rock bands, such as The Eagles, Led Zeppelin, and The Allman Brothers, have used the five-string banjo in some of their songs. Historically, the banjo occupied a central place in African-American traditional music and the folk culture of rural whites before entering the mainstream via the minstrel shows of the 19th century. Along with the fiddle, the banjo is a mainstay of American old-time music. It is also very frequently used in traditional ("trad") jazz.

This product hasn't received any reviews yet. Be the first to review this product!